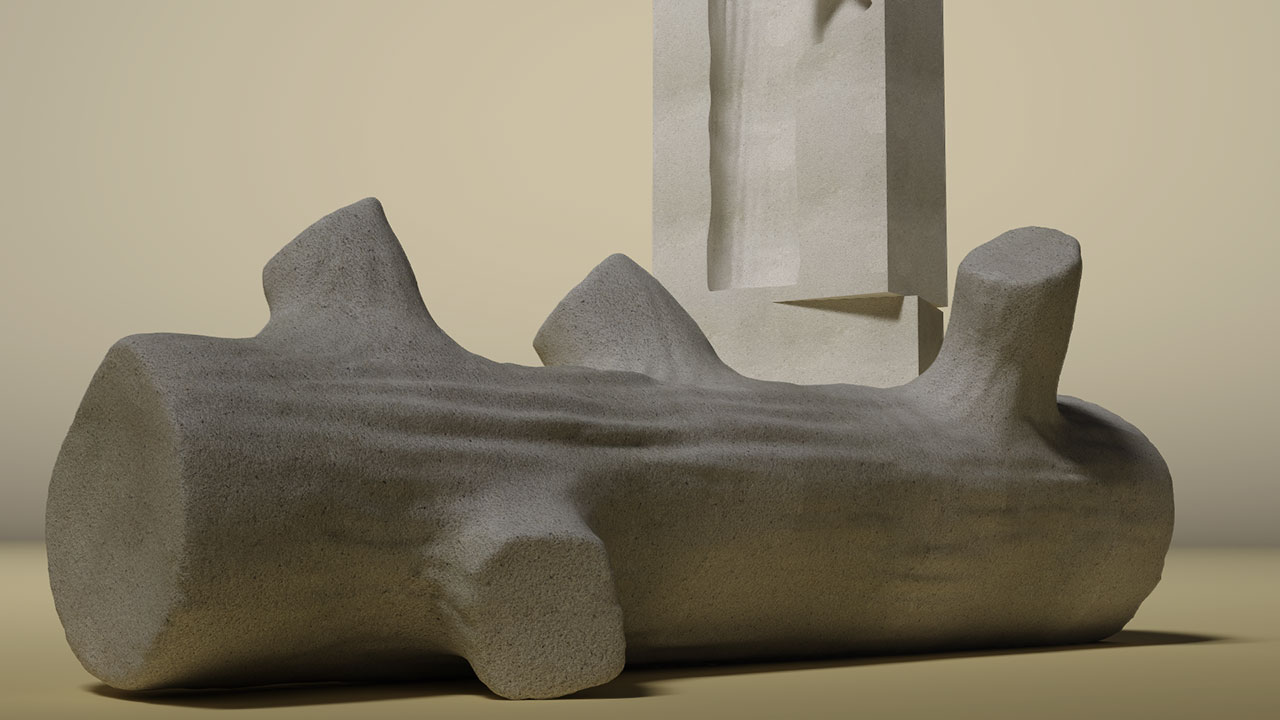 Working with the same 3D digital scan data that produced the Parallel Development sculptures, a robot carved hollow reliefs–or sunken reliefs–from blocks of Portland stone. These hollow reliefs represent the hidden internal spaces that exist within the Parallel Development sculptures, exposing the role of manufacture and the language of sculptural production. The ‘negative shapes' evoke the hidden spaces as potential habitat for invertebrates within the original sculptures; an 'artspace' open to occupation by local wildlife. 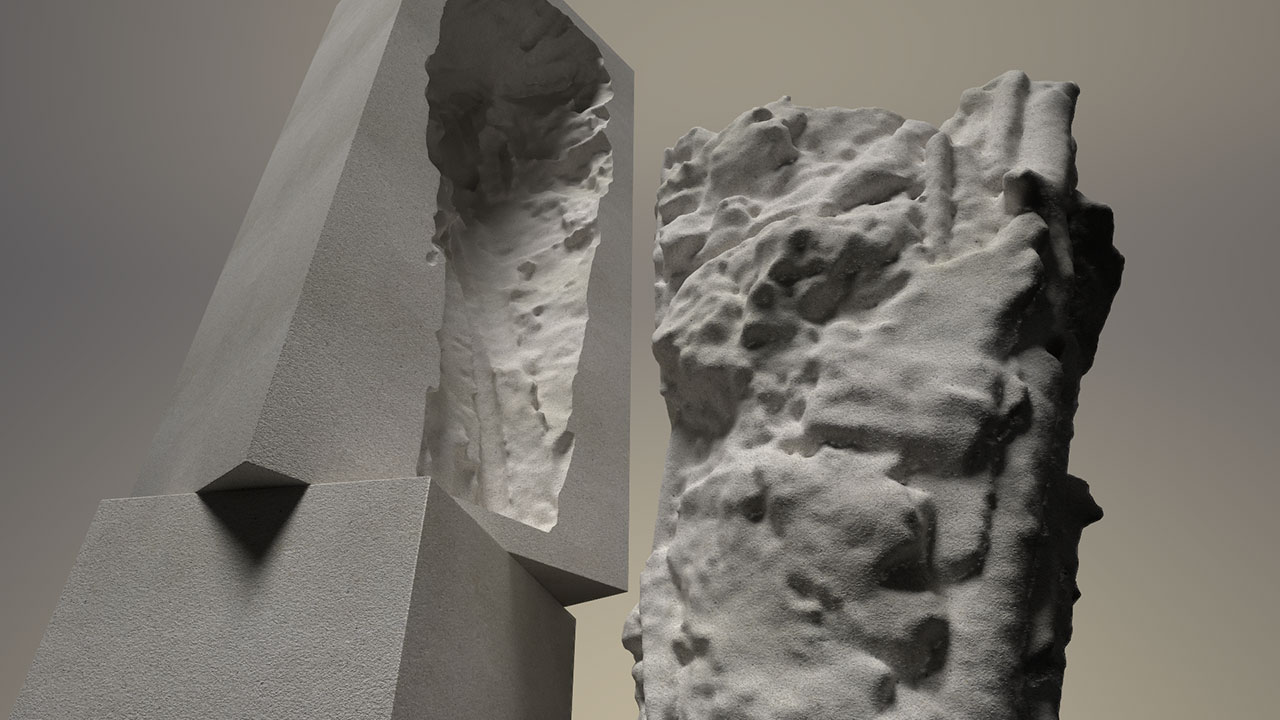 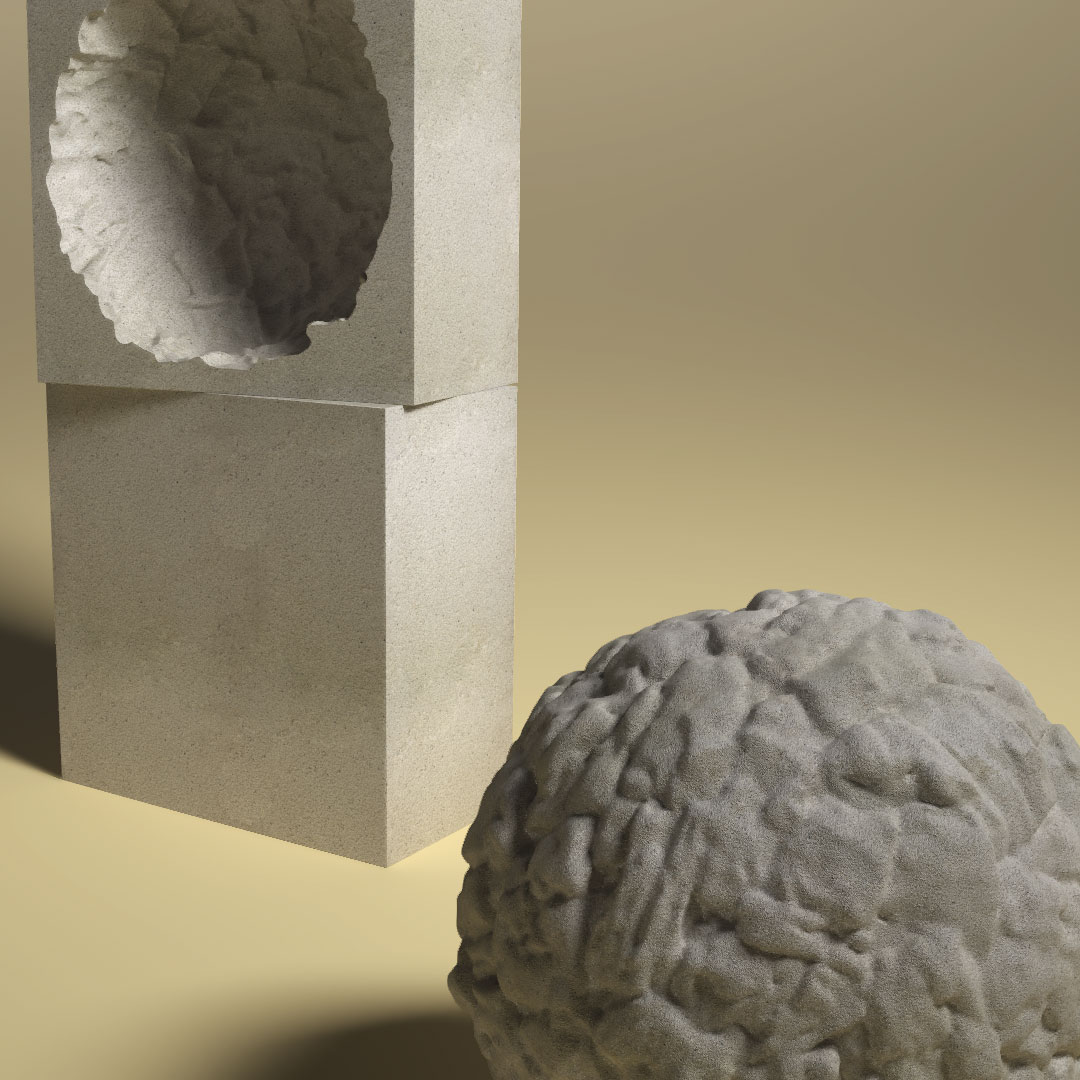