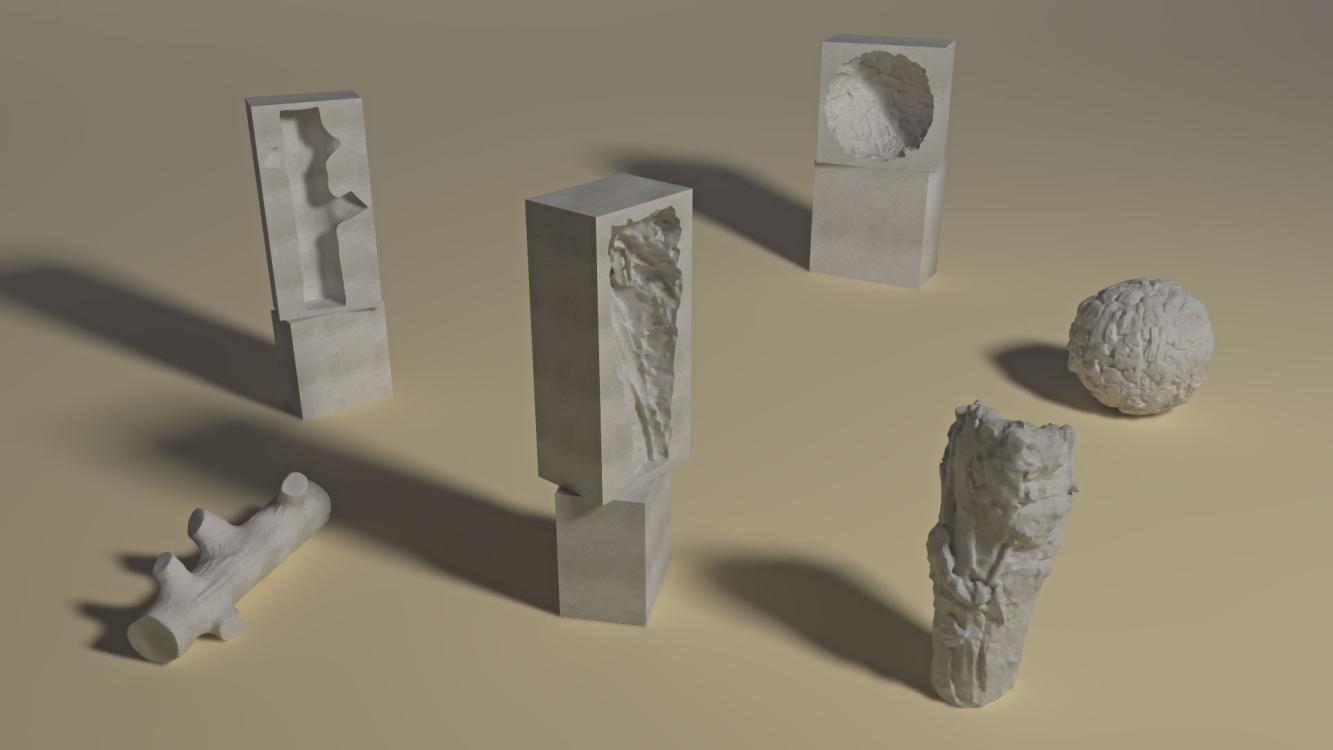 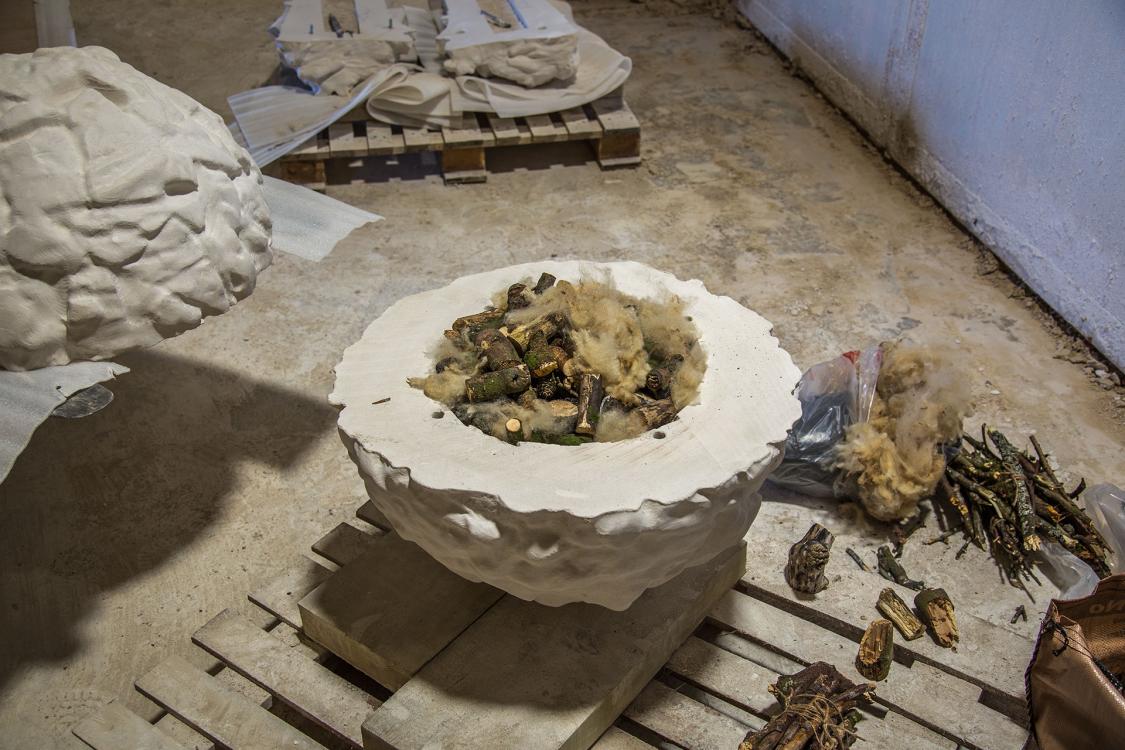 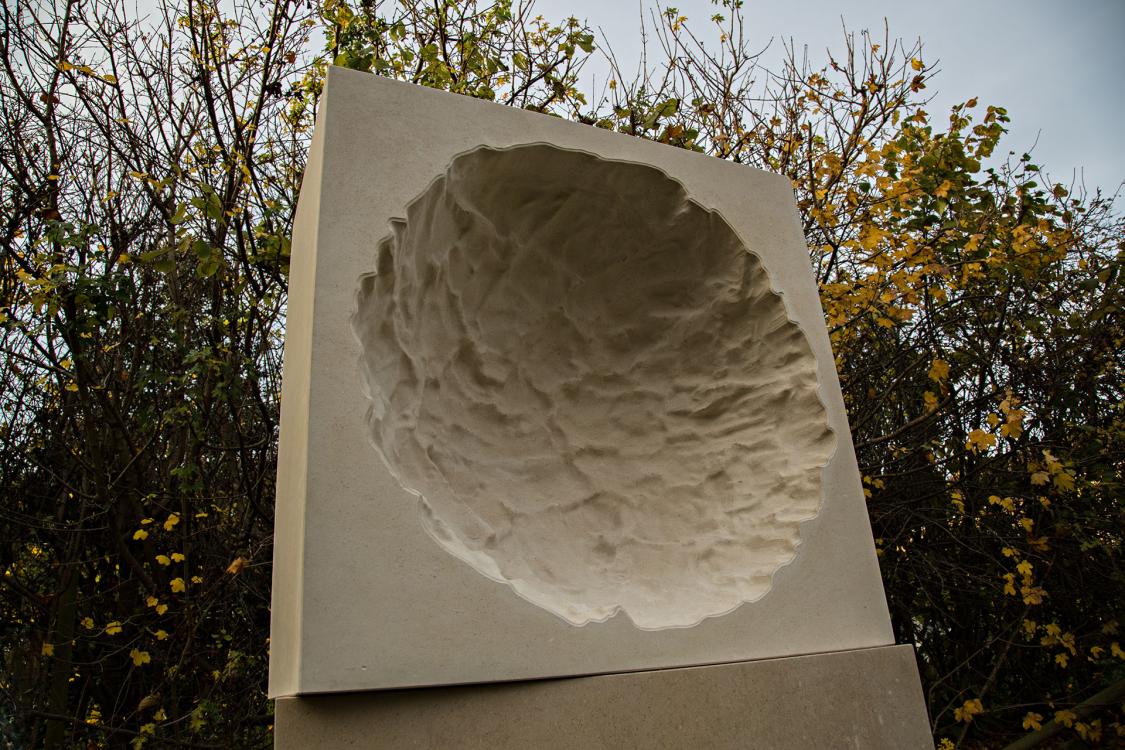 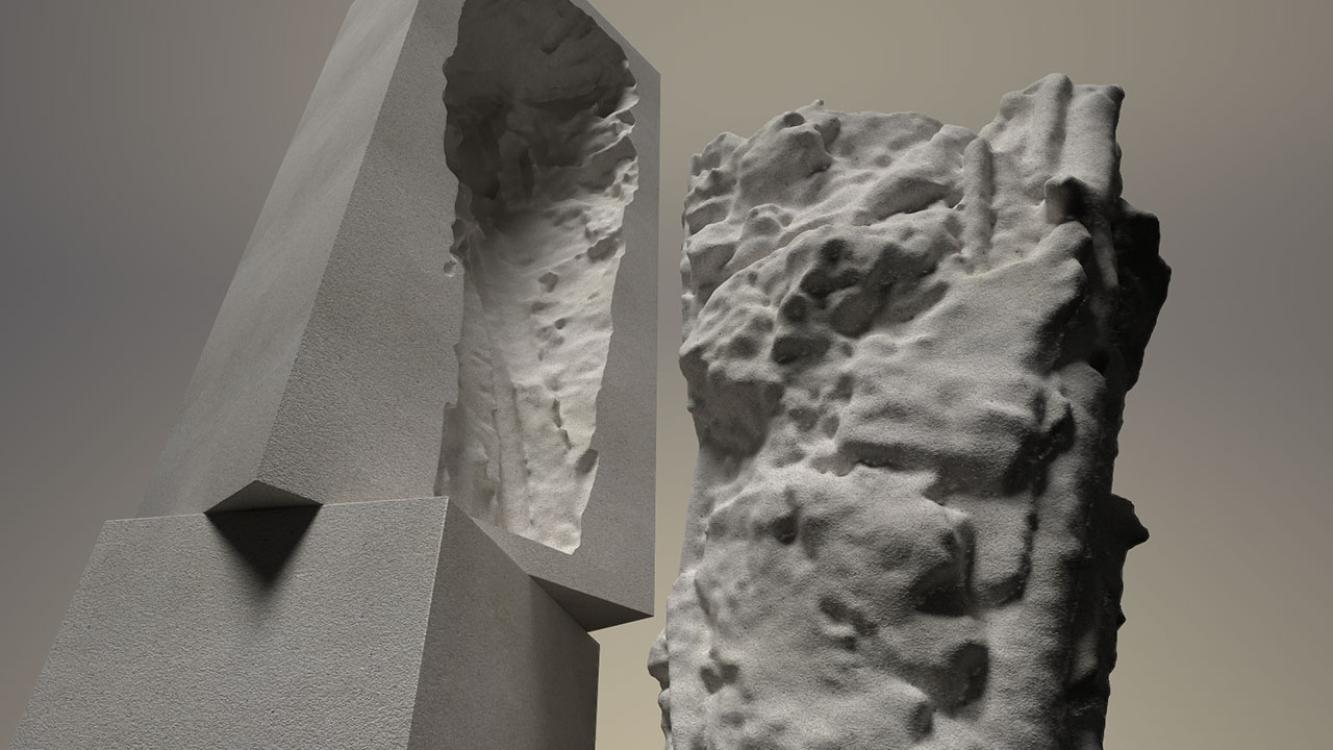 A series of site specific sculptures commissioned by Future City for a new south Cambridge housing development. Each sculpture is fabricated from a block of Portland stone that has been cut in half, scooped out and filled with organic materials before being re-assembled and re-sealed. Holes drilled into each piece connect the external surface with the interior organic-packed cavity to create an impregnable habitat for insects. Small forms were initially handmade by the artists, referencing natural objects that function as habitat for invertebrates: the shell of single cell amoeba; a case built by a caddisfly; a cut timber log. The handmade forms were then 3D scanned, amplified and rendered in stone by a digital stonemason using a Kuka robot.

For phase two of the project and working with the same 3D digital scan data, a robot carved hollow reliefs, or sunken reliefs, from blocks of Portland stone. These hollow reliefs represent the hidden internal spaces that exist within the Parallel Development sculptures, exposing the role of manufacture and the language of sculptural production. The ‘negative shapes’ evoke the hidden spaces as potential habitat for invertebrates within the original sculptures; an ‘artspace’ open to occupation by local wildlife.