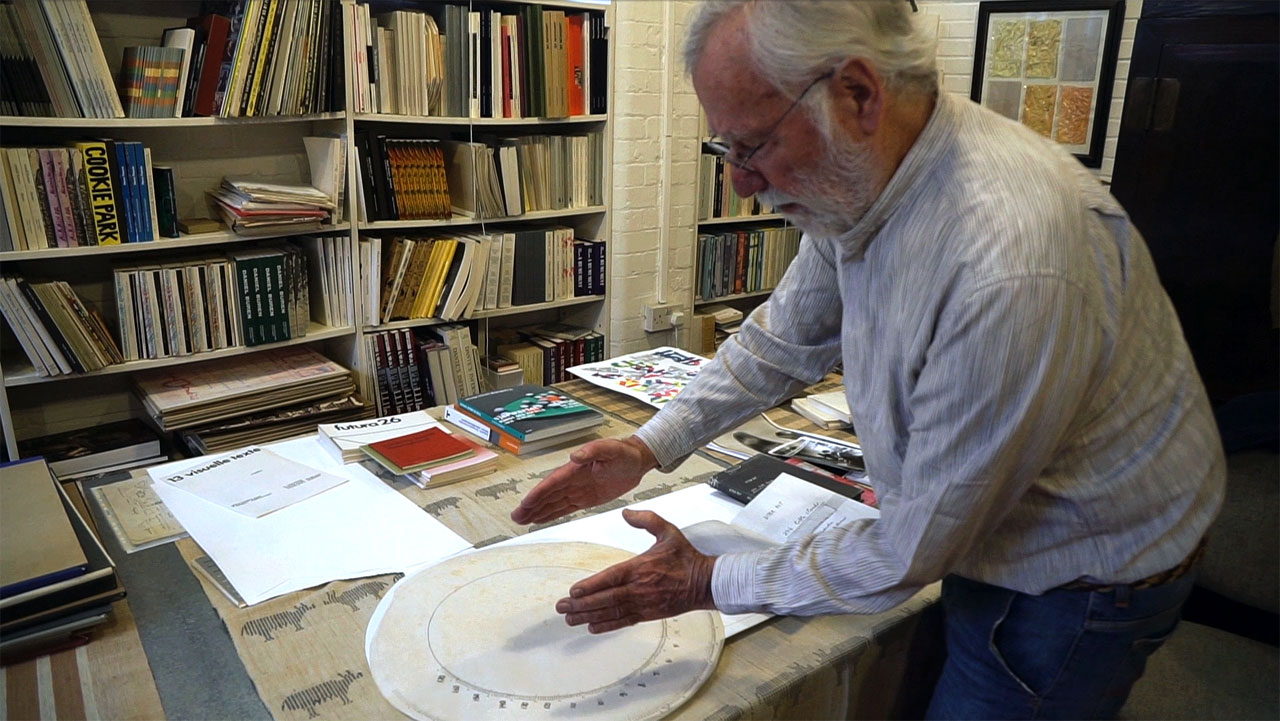 Having faithfully followed the artist's instructions, Hansjörg Mayer explains how he produced Dieter Rot's 246 little clouds (collected works volume 17). Rot's explicit instructions on how to achieve this are included in the final pages of the book. 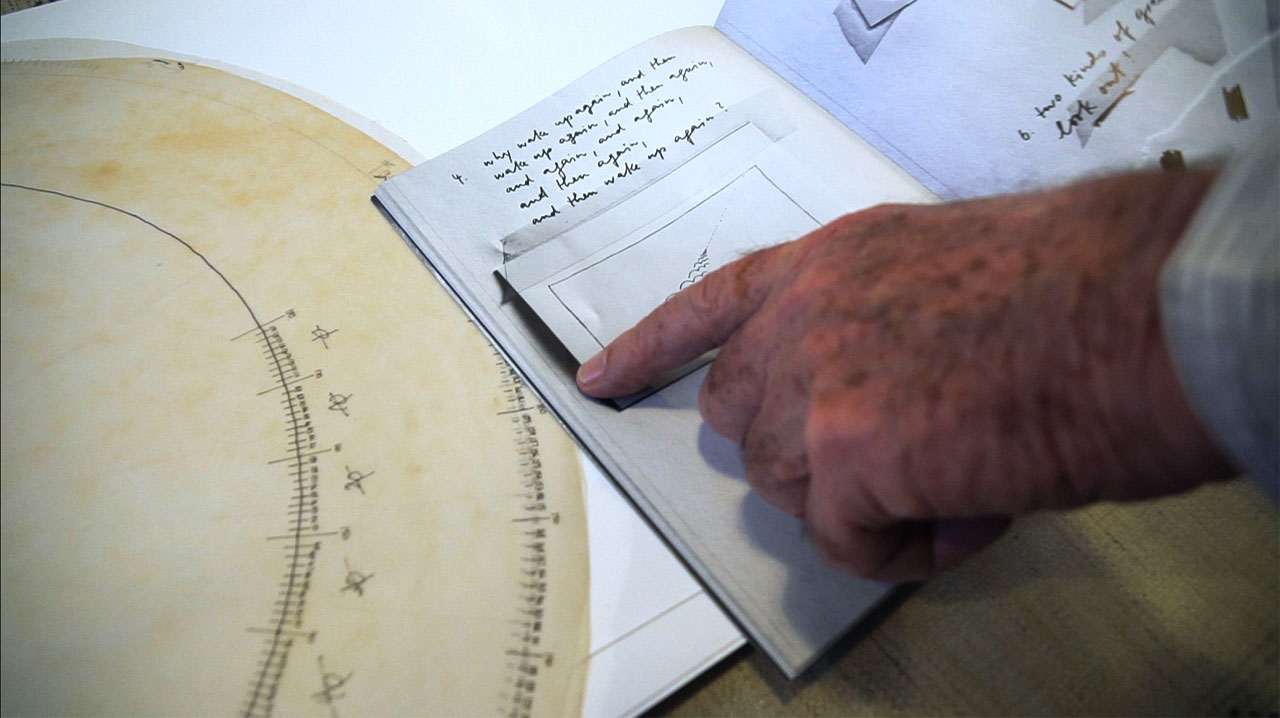 The original artwork had elements loosely attached with sellotape, which were photographed so that their shadows suggest the rising and setting of the sun. This was achieved by incrementally rotating the artwork under the camera for each exposure. " (...) so that the pieces of paper, as well as any un=smoothity within the pencil frames, can stick out and cast their shadows, as clouds do." Dieter Rot. When a reader turns through the pages, the photographed shadows move across a 180 degree arc, from one side to the other, becoming symbolically linked to the rotation of the earth around its axis. 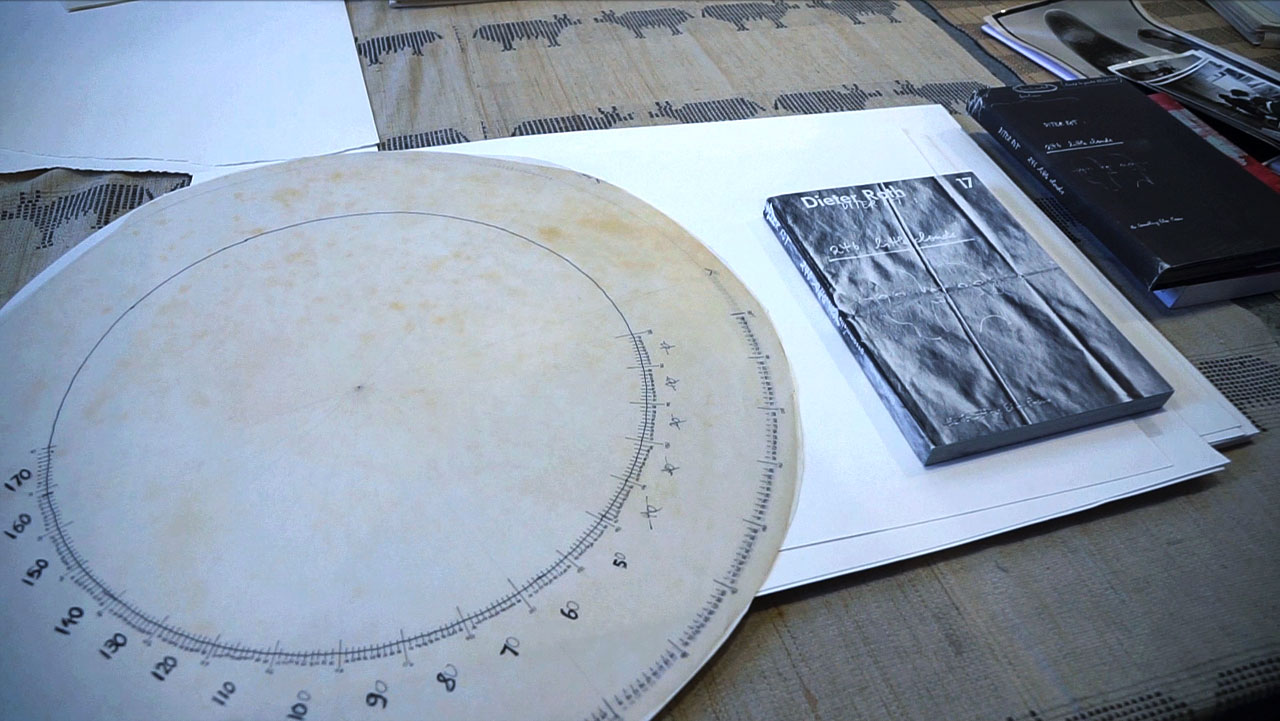 All Images are from a new video work by London Fieldworks, made for Hansjörg Mayer's exhibition at ZKM, Karlsrhue 01.04.2017–25.06.2017: The Smell of Ink (part of the ZKM series, Poetic Expansions). The video is also a DVD being published in The Smell of Ink and Soil - the Story of Edition Hansjörg Mayer by Bronac Ferran, out 31st March (Buchhandlung Walther König).  Link to ZKM film extract>>