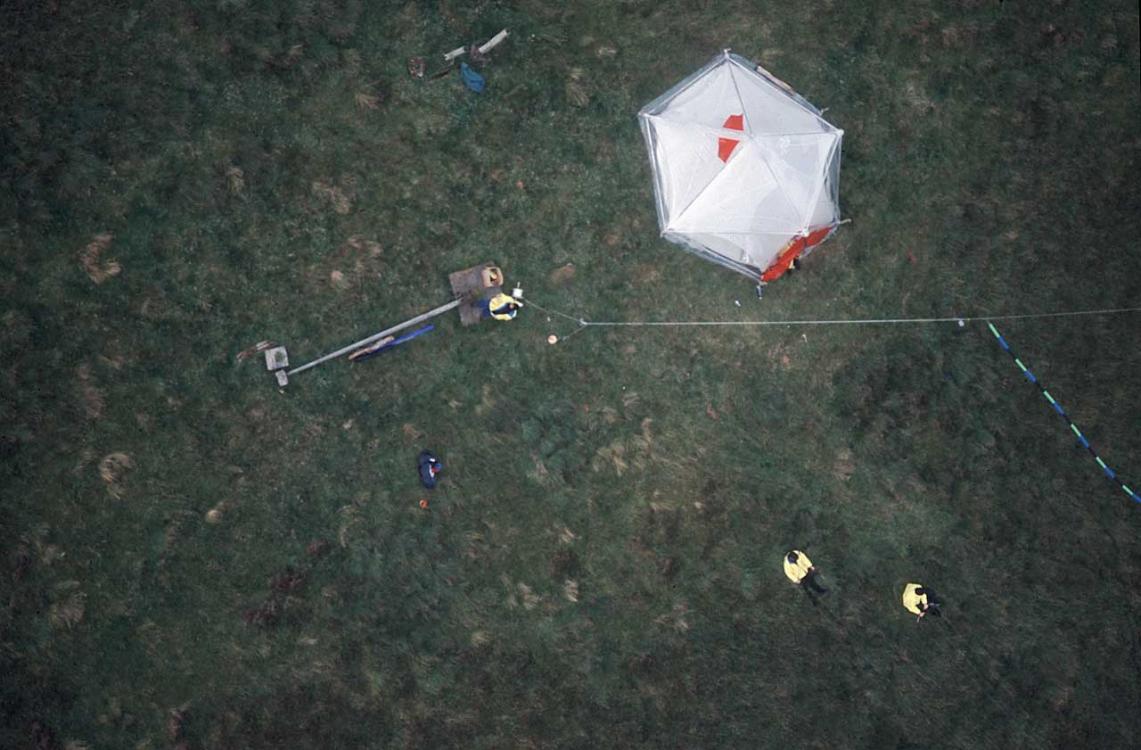 The telematic artwork, Syzygy (1999), was made by a temporary collective of artists including Bruce Gilchrist and Jo Joelson, programmer Jonny Bradley, writers Steve Beard, Tony White, Jeni Walwin, Mark Wadell and composer Kaffe Matthews. They collaborated with Nic Boothby, Jeremy Boyce and James Robertshaw of the former world champion stunt kite-team AirKraft, electronic engineers from Imperial College, London and material-scientists from the Cranfield Research Institute. At the core of Syzygy was a model of human-environment interaction, demonstrating how art, material science and communications technology can interrelate and develop through poetic application. For one week in July 1999, the Syzygy project transmitted live brain and weather data from Sanda Island, southern Hebrides to the ICA gallery in London, where it animated a sculptural assemblage of smart materials. In an open brief, the writers and composer were invited to respond in some way to the twice daily kite flying experiment. For the duration of the piece, evolving text and sound files were uploaded daily onto the project website; a proto blog. The final written outputs by Steve Beard, Tony White, Jeni Walwin and Mark Wadell have been published in the Black Dog publication, London Fieldworks Syzygy/Polaria. Photography by Anthony Oliver.