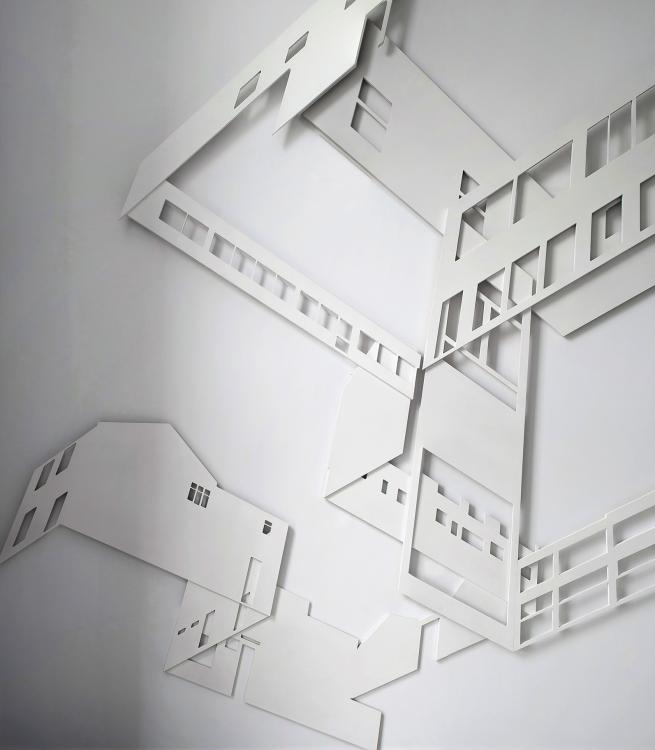 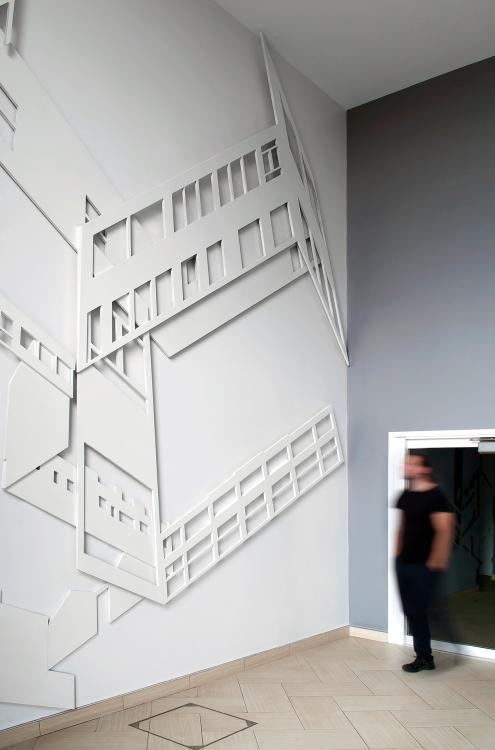 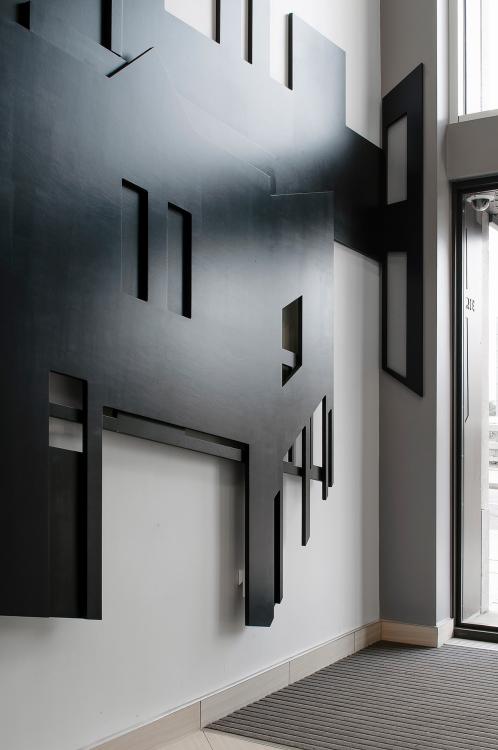 A series of sculptural reliefs and wall paintings mapping rapid urban development in London E15. 'Assembly Lines' was commissioned by the housing association East Thames for a new residential building in Stratford, London E15 on a former industrial site. Considering the history of the site as a railway wagon works and marshalling yard in the late nineteenth and early twentieth century, we decided to connect each of building’s five lobbies with walking routes to five local train stations.

Taking inspiration from the artist Ed Ruscha’s accordion-fold photo-book, 'Every Building on the Sunset Strip', we mapped the walking routes by photographing buildings and structures along the way; selections were then made from the series of photographs as a record of evolving gentrification amid the changing urban landscape brought about by post-Olympic regeneration. Photographs of buildings and other structures captured on the walks were transformed into 3D models, which we then collapsed into abstracted profiles for assembly into layered architectural reliefs.

A series of visual poetry companion works were generated from the same walks: words and colours taken from the street and applied to walls following the shapes of the architectural reliefs. Photography by Emanuelis Stasaitis.